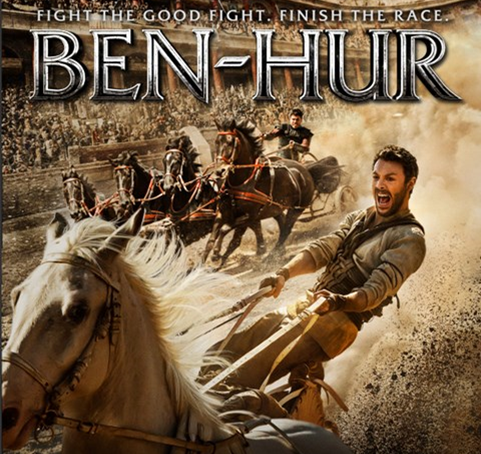 COME JOIN US FOR A FREE MOVIE WITH POPCORN FEATURING THE “2016” VERSION OF BEN HUR!

Judah Ben Hur loses everything after his adopted brother Messala, now an officer in the Roman army, returns to Jerusalem and accuses the young prince of treason. Stripped of his title and separated from his wife and family, Ben Hur must endure years of slavery on a galley at sea. When fate brings the estranged brothers to an epic and deadly chariot race, Ben Hur finally gets the chance to exact vengeance on the man who destroyed his life.

It’s not a story about revenge, but a story about forgiveness.  All the betrayal and thirst for revenge, and all its brutality, ultimately help highlight the movie’s heartening message: that love and forgiveness have more power than a thundering horde of chariots.

**Children under 12 years of age must be accompanied by an adult due to violence.